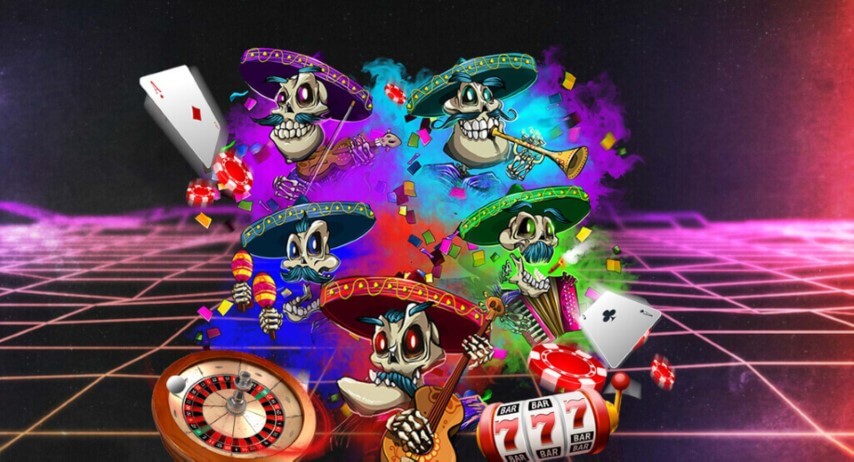 Playtech, one of the world’s major gambling software suppliers, has finally launched its first iGaming app in Michigan in collaboration with Parx Interactive. This is good news for gamers in the United States, particularly those in Michigan. It was only a matter of time until they re-captured the public’s attention once it was revealed at the beginning of this year that both parties were working on a strategic agreement with one another.

Play Gun Lake, the most recent mobile gaming app to hit the market

The Play Gun Lake iGaming app is powered by Playtech’s IMS and Player Account Management (PAM) platforms. These platforms ensure that gamers always have access to all of Playtech’s accessible content.

This firm statement from Playtech demonstrates that it confronts its problems straight on. For a long time, the online gaming industry in the United States has been notoriously tough to get into. The app is currently in the race, competing with other operators in the market for the players’ total and undivided attention.

In an interview, Playtech’s Chief Operating Officer Shimon Akad stated, “The launch of Playtech’s iGaming relationship with Parx Casino is another key milestone in the development and implementation of our US strategy.” The United States of America is a highly complex market, necessitating a technology solution capable of providing a high-quality customer experience. We are thrilled to extend our partnership with Parx Casino in order to give industry-leading gaming enjoyment across a wide range of states and products.

Matthew Cullen, Senior Vice President of iGaming and Sports at Parx Casino, stated in the same interview, “We are thrilled to announce playgunlake.com, our new iGaming app in Michigan with Playtech, and to bring the success of Parx into the Michigan iGaming sector.”

Playtech’s market-leading content is an especially exciting addition to Parx’s ever-expanding catalog of offerings, which the casino operator is constantly expanding to give an even greater experience to its clients.

Following such a significant news, you can expect online watchdogs, which analyze and rate the best online gambling sites available to players in the American market, to quickly inform you what players think of the app and if it is worthwhile to check it out.

Online gambling is still in its infancy in the United States, with just a few states legalizing the practice. Michigan is one of these few states, and on January 1, 2021, it will be the first in the US to provide online casinos and sports betting.

Before the Michigan Gaming Control Board could approve online casinos, they had to first come up with a set of laws and regulations that would ensure the protection of players. Since then, the industry has grown, providing additional entertainment alternatives for gamblers while generating revenue for casinos and the state.

Size of the Market

When the quantity of money brought in by online casinos and bookies is considered, it is clear that Michigan players were ready to participate in online gaming and betting. Sportsbooks reported total wagers of little less than $250 million in April 2021 and were able to pay out with an income of $11 million.

Michigan is currently considered one of the top states in the online casino market as a consequence of its online casinos’ even higher total income of $88,869,106. Since the state chose to authorize online gambling, the twelve distinct online casinos have earned a total of $280 million in revenue.

Participants in the Industry

The online gaming industry in Michigan is still in its infancy even though it has been there for some time. The industry did not begin actual operations until January 2021, despite the fact that it has been there for some time. (as was mentioned in the previous section) Residents of the state of Michigan have access to a total of 12 different online casinos for their gambling entertainment needs.

Even though it might not seem like much at first glance, it does offer some variety. BetMGM, FanDuel, Barstool, DraftKings, BetRivers, Golden Nugget, William Hill, Four Winds, Wynn TwinSpires, Points Bet, and Fox Bet are the 12 companies that are involved in the online gambling industry in Michigan.

FanDuel, DraftKings, and BetMGM are the three online casinos that bring in the most revenue, and as a result, they are considered to be among the most trustworthy businesses in the sector. Each of the casinos brings in annual revenue that is in excess of ten million dollars, and this figure is significantly higher than average.

Each of the 12 casinos can be accessed via desktop computers as well as mobile devices. This is because they have been designed to offer players the best experience possible regardless of the platform they choose to play on. The experts who work in the gaming industry are expecting an increase in the number of new customers who enter the market as time goes on.

Influence on the Current State of the Economy

The acceptance of online gambling by states has not been met with any reluctance on the part of those jurisdictions, even though states are constantly searching for novel approaches to boost their tax revenues. Take for example the state of Michigan, which brought in a total of $18,126,254 in revenue from taxes in April.

The amount of money brought in one month is always higher than the amount brought in the month before, and it is highly unlikely that this pattern will ever shift in any way. The findings of the study indicate that an increasing number of people are looking to kill time by participating in their preferred casino games online, such as poker, blackjack, roulette, or slots, and it is anticipated that this trend will continue in the foreseeable future.

Even in the face of challenges, the online gambling industry has the potential to thrive if it is adequately regulated and if players are encouraged to engage in responsible behavior when playing at online casinos. It’s a situation in which everybody comes out ahead: the players get their entertainment, the casinos get their money, and the states get their share of the revenue.